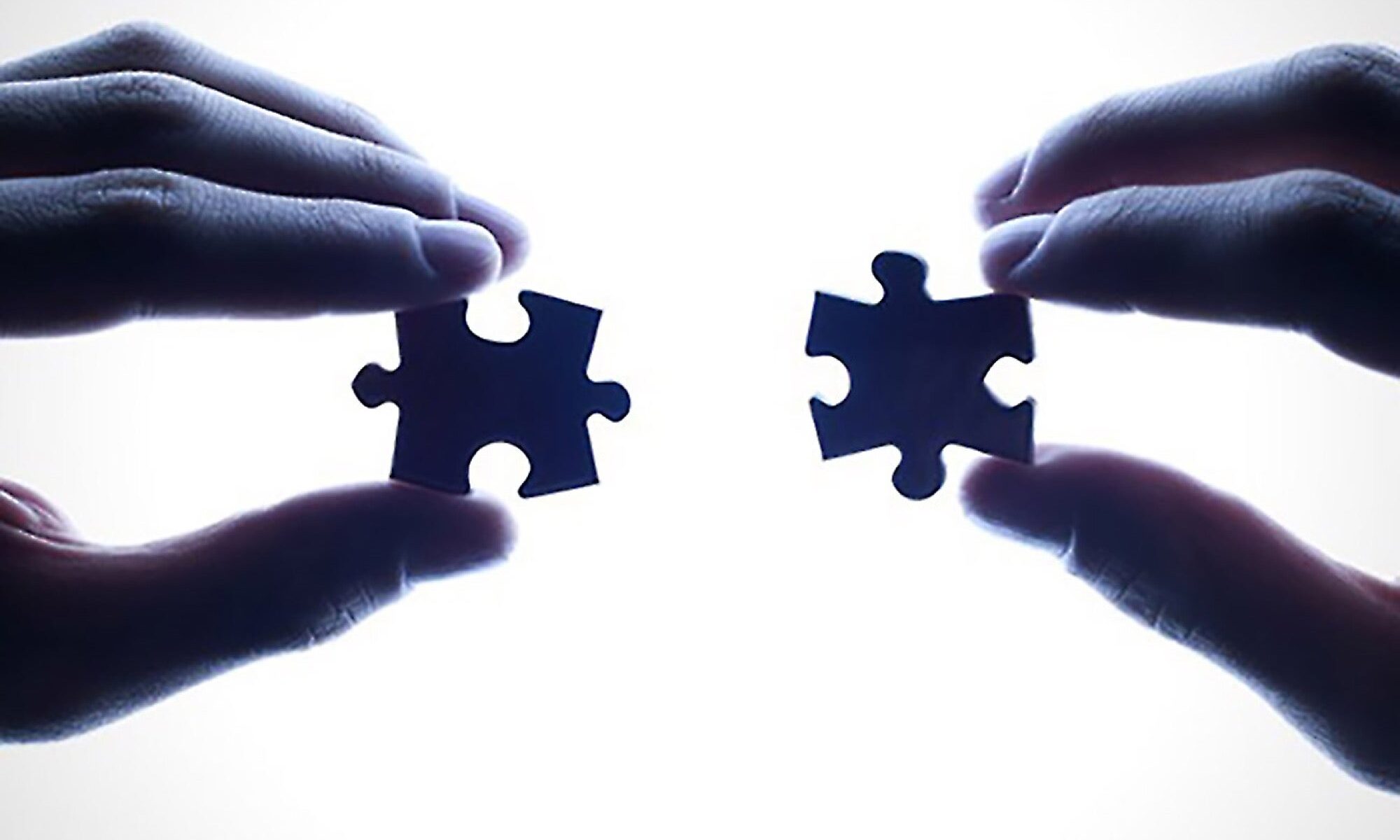 Insurance is a risk mitigating business. While most auto insurance companies have been good risk managers, they have also faced decreasing profitability. Intuitively, lower risk should mean safer underwriting and that, by design, is not a business with great margins. The real issue has surfaced because of the changing market dynamics. These shifts have created tremendous pressure on the insurance companies dependent on investments to generate profit that are not realized with seemingly safer underwriting:

Most major insurers are making profits on their investments. However, the key underwriting business has not been producing profits for most of these insurers at a growing or consistent rate. This shows the dire need for increased efficiency or the need to re-engineer the actuarial models for getting a better grip on the underlying risk profile.

As per data published by the Insurance Information Institute, four insurers are responsible for directly underwriting 51% of the USA’s policies. Hence, the most profitable part of the business, which gets compensated for taking the risk, is already under the control of the major companies who usually have better economies of scale. This is pushing the conventional auto insurers to focus on offering more innovative solutions that fit into the customers’ needs.

Early speculations about telematics revolved around the privacy concerns. But as per the DXC Insurance Survey 2020, over 87% of consumers were ready to share their personal data for more affordable insurance rates. While this can help consumers get more tailor-made insurance solutions, it can also promote safe driving at the individual level. This would have a major impact on claim rates, as 57% of crashes happen because of individual error.

Telematics companies can be the panacea to most of the problems the conventional insurance business is facing. To avail those benefits directly, the most proactive insurance companies have increased the strength of their partnerships within the insurtech space.

A Brief History of Partnerships Between Insurtech and Insurance Companies

While some industry observers may term the idea of partnerships between insurtech and insurance businesses to be ‘radical’ or ‘ahead of its time,’ the partnerships have already increased for a while. Octo Telematics was one of the first telematics companies to work with insurance giants like Axa and Unipol, helping insurers understand the risk at applicant-level with telematics, as early as 2005.

While such partnerships have been common, it does not allow the insurer to get the direct benefit of the insurtech companies’ capabilities. It is assumed that when a new product offering seems plausible, a new agreement would be reached.

While the insurance company is getting benefited by the insurtech company’s direct relationships with the customers, its own large scale of operations is not lending any benefits to the deal. There are no economies of scale, and many efficiencies are left on the table.

Even as the pandemic sent the global capital markets into a nosedive in 2020Q1, the insurtech space saw a total of over 96 acquisitions – the highest it has ever witnessed. This shows the weight insurers are putting behind the idea of dramatically improving legacy insurance operations with the efficiencies and more accurate risk understanding of telematics and related insurtech.

With the advent of more innovation in the insurtech space, insurers have started inking partnerships across the globe. Understanding these partnerships and their merits can help you understand your own strategic position as an insurer, and the gaps you might be willing to fulfill:

The insurance giant AXA became the underwriter to By Miles UK’s first set of insurance products. These insurance offerings allowed the customers to pay a fixed price for insurance coverage on theft, vandalism, and other similar risks while paying the rest of the premium on a monthly basis depending on their usage of the car. Customers would install a black-box device that would allow them to get the data on driven miles and the cost per drive.

Kruzr provides a contextual analysis of the driver’s behavior and is able to predict drowsy behavior. This helps insurers understand driver behavior on a more granular scale. Instead of looking at the number of miles as the key risk measuring parameter, insurers look at the driver’s proficiency in driving safely as the key metric; the number of miles then becomes a multiplying variable. Kruzr also gives the driver voice prompts to help her/him drive safely. This way, insurers can access the same market of customers who drive less and overlay an additional layer of risk mitigation by controlling individual driving errors.

Noblr has created an interesting ecosystem of collecting and processing data in real-time while helping drivers get a good understanding of how their driving behavior impacts the policy rates they get.

While the idea seems reasonable, Third Point is missing better data processing. Noblr helps users get real-time data on their driving performance. This data is then shared with other insurers who can use it to postulate the risk profile of the driver and give an attractive policy rate. Third-party algorithms conduct the actual data analytics. Thus, while insurers are able to get the processed data for understanding the risk, they are not working with any proprietary metrics other than the normal five -smoothness, focus, route, time of the day, and miles driven.

Kruzr runs its own data analytics systems using the data collected by the smartphone’s sensors. This allows the insurer working with the Kruzr platform to get predictive analytics of risky behavior, as well as drowsy behavior and the possible causes of driver’s distraction. The predictive capabilities can enrich the risk assessment and help the insurers get a more comprehensive understanding of the behavioral risks showing up in the driving styles. Besides, the Kruzr Safety Index tracks more variables to give a more detailed view of the risk-profile.

Naked has created an innovative insurance offering for the South African market. The company is expediting the insurance application process and allowing insurers to pause their premiums when they are not driving and pay only for the risk against theft and similar claims.

Hollard can tap into the market of customers who are looking to get innovative policies that can be paused when they are not driving at a stretch. The coverage provided is comprehensive, and even the claiming process has been simplified. While this works very well for the customers, it is not helping Hollard get a better understanding of the risk profile based on per mile driving or AI-driven predictive analytics, which alert the insurer right when a driver is showcasing symptoms of high-risk behavior.

Kruzr eliminates the need for the customer to pause the premiums. With pay per mile coverage, customers pay by the number of miles they drive and the risk profile associated with their driving style.

Samsara has taken its capabilities as an IoT innovator and added them to the fleet management & insurance space. Under this new strategic partnership between the insurer and the IoT company, the trucking companies that are covered by Nationwide will get insurance priced based on the video telematics offered by the Samsara platform.

While the platform provides predictive capabilities, real-time behavioral adjustment prompts, and comprehensive risk assessment that is on par with Kruzr, it does so using a dashboard camera. While this may work in a trucking setup where people inside the cabin are at work, it is not suitable for drivers who are using a personal vehicle and may want some form of privacy.

Kruzr uses its proprietary metrics and analytics to understand risky driver behavior, issuing prompts in real-time and giving comprehensive data to the insurer – without breaching the driver’s privacy. For personal car owners, this would be a major metric of choosing the right telematics-enabled insurance product.

Before starting this partnership, State Farm provided a performance-based insurance policy where customers got a semi-annual grade based on their driving patterns. While the program was effective, it was elongated as the drivers got updated on their performance months after they had driven in a particular manner.

With real-time data, State Farm users are now getting instantaneous updates on risky behaviors. While this is working well for State Farm, it may not work equally well for other insurers who do not have the scale and resources of State Farm. The insurance company already had a program in place. Cambridge Telematics added real-time functionality along with additional metrics for risk assessment.

Kruzr takes a product-development approach. With a readily available Software Development Kit, white-label solutions support, and an AI-driven predictive engine for risky behavior mitigation, you can build and launch your ‘pay per mile’ insurance product in weeks.

Filling the Gaps with Kruzr

On a standalone basis, all insurers are getting some value out of these deals. However, they are unable to unlock value to the extent that Kruzr and its platform’s capabilities can. Kruzr remains to be one of the only few telematics and insurtech companies, that offer all these features on one platform:

Some industry incumbents like AXA and Nationwide are working with a large set of telematics and insurtech companies, using one company’s offerings for a specific use case. Eventually, most insurers would prefer some form of centralization and will need a telematics solution that can offer a comprehensive set of features. Some companies have also started working on internal telematics programs. However, the consistent success of such programs is yet to be seen as it would be challenging to run a major insurance conglomerate and stay ahead of the curve in developing industry-standard insurtech solutions.

The industry is moving towards a three-way partnership model where insurers, insurtech companies, and automobile manufacturers will come together to create end-to-end solutions with the technology already integrated into the vehicle at the time of sale. Platforms like Kruzr, which take a product-development approach and still offer the same level of efficacy, would make pay-as-you-drive insurance more profitable for the insurers and more accessible for the customers.